Seven weeks have now passed. Practicing ashtanga yoga in a place that was once known to few, now known to most of the world. Word on the street… there were over three hundred students enrolled at KPJAYI at any given time during my stay. That means somewhere around three hundred students A DAY practiced – are practicing – under the watchful eye of Sharath, Saraswathi and their assistants. Three hundred. 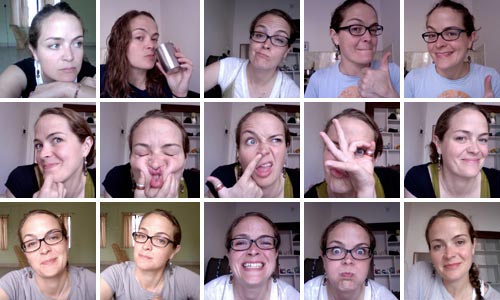 Many different beliefs and reactions went through me during this time. The most jostling was led class. Getting pushed out of the way by others trying to get in the door. Jockeying for a space in the main room. Having someone literally place their mat on top of mine. Not feelin’ the love, man. Then I’d be all pissed off for the first half of class. Damn it. Never been much for crowds, and there were times this felt like a mob scene.

Eventually, I stopped fighting for space and went directly to the ladies changing room. Set up my mat in the back corner. Never got very warm in there and it was dark and felt kind of separate from the action. During my last led class I was contemplating all these things. Weighing the plusses and minuses. Somewhere around Navasana a group of people walked by the open window, chanting and singing with the accompaniment of chiming symbols. Would not have heard them had I been in the main room. So beautiful. It reminded me of the sacredness of this practice. Of this place. How completely blessed am I? In the end, it really didn’t matter if I was in the changing room or the front row.

Being stopped at Supta Kurmasana was a struggle. A fairly big one. It wasn’t so much about the posture as it was everything I told myself it meant. I’m not good enough. I’m too big. I’m not strong enough. And so on. So I had to dig deeper. Putting me in a position to really explore my body and my thoughts surrounding it. My habits, my beliefs. Finally, I was able to bind with Sharath’s help. But that is almost secondary. Most importantly, through the focused attention given to the primary series, my body has healed from past injuries, strength has been rebuilt and the fire for practice has been reignited. Whoa. And that happened because I let go, altered some habits and showed up everyday, facing myself.

Today I went to see Sharath. Wanting to say goodbye and to thank him and tell him how much the last seven weeks had affected me. How much this time here has impacted my practice, my thoughts. Even had a little speech worked out. As I sat there in the waiting area others started filing in. Some to register for another month – some had appointments. Others were also saying goodbye. I sat there with my little banana leaf wrapped flowers and contemplated what I would actually say in there. When I entered his office, he saw the flowers and said, “you are leaving?”  I responded with a yes and handed him the small package of jasmine blooms. He took it, placed it on the shelf behind him and everything I thought I wanted to say disappeared. Poof. I thanked him, he smiled, nodded and that was it.

Walking out I felt a sense of gratitude, nostalgia and relief. I’m ready to go, to continue the adventure and dive even further into the midst; see what comes from the next five weeks as there is more work to be done.